Here is a book which helped to understand Japan better so that the American occupation, in the aftermath of the Second World War, would go smoothly. 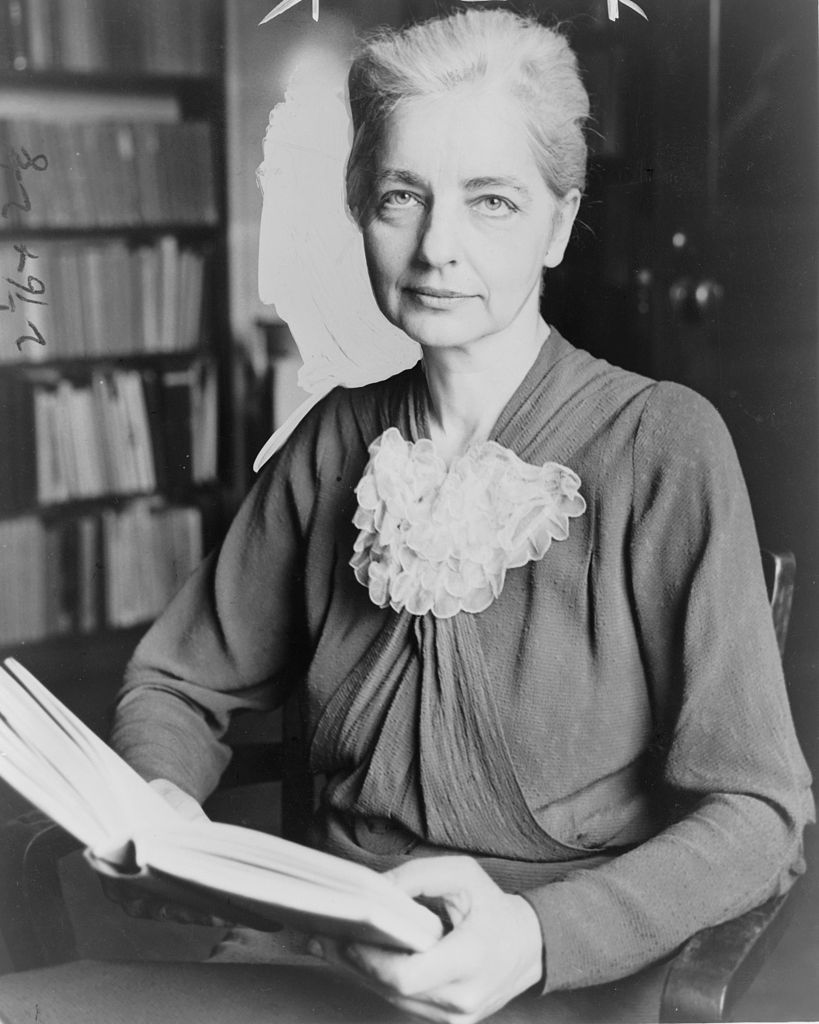 In 1944, Ruth Benedict (born Ruth Fulton, 1887–1948) an eminent American anthropologist, and one of the first women to study anthropology, was asked by the US Office of War Information to conduct a study on the problems related to the occupation of Japan by American troops.

At the time, Westerners were unfamiliar with Japan and a thorough study was needed to ensure understanding of the culture and the way of thinking of the Japanese, and to grasp the numerous subtleties of the Japanese mentality at the time. The results of this study were published as The Chrysanthemum and the Sword, an essay (considered the first work of applied anthropology) that was helpful to U.S. authorities and met with great success with the public. It has been translated into many languages, including Japanese (with the title kiku to katana) and it is regularly reprinted. 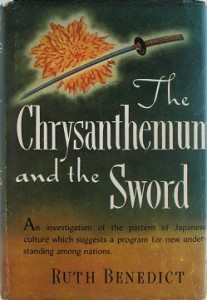 The First edition of « The Chrysanthemum and the Sword ».

Early in the book, Benedict identifies the problem of studying Japanese culture with the statement: “The Japanese were the most alien enemy the United States had ever fought in an all-out struggle.” It is important to understand why she would make such a statement. This study was necessary to unravel the thought patterns and behaviours of the Japanese that totally eluded Western understanding. Benedict first noted that there were significant and real contradictions, among Japanese. “The Japanese are, to the highest degree both aggressive and unaggressive, both militaristic and aesthetic,” she wrote. She chose to illustrate this contradiction with an evocative title.

Benedict’s observations led to a series of questions for the American anthropologist, especially as Japan had remained impenetrable for many decades. “What would the Japanese do [when faced with defeat]? Was capitulation possible without invasion? Should (America) bomb the Imperial Palace?” The Americans had to understand that the place and the role of the emperor were of divine right according to the Japanese tradition. Benedict acknowledged that her mission was difficult, particularly given the fact one thing was inaccessible, a journey to the Empire of the Rising Sun. 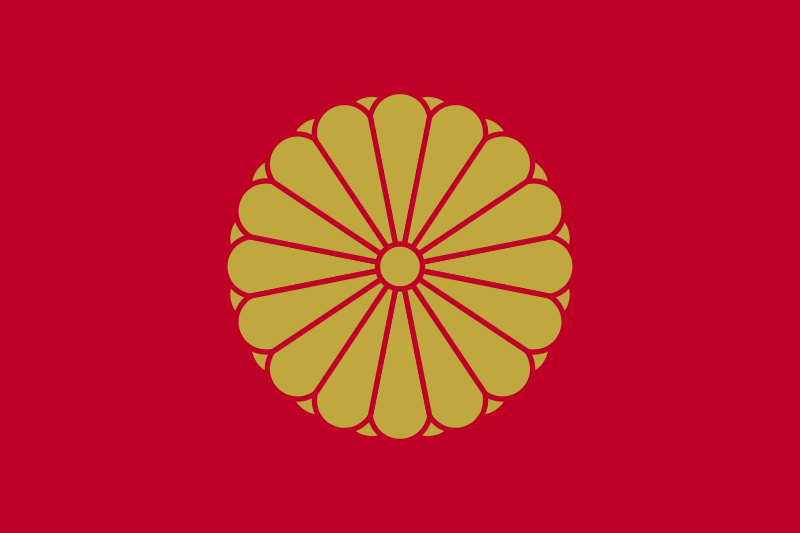 Flag of the Japanese Emperor.

So it was a work at a distance that the anthropologist carried out to answer her questions and to do her best to analyse the cultural vision of the Japanese. All her studies derived from the question: “What would I need to know (about the Japanese) to understand?” The aim was to understand and not to condemn. Benedict, like anyone, was initially left bewildered and helpless with her lack of initial knowledge of the Japanese way of life. She also attacked the prejudices that prevented understanding of other cultures: “At a time when Japan was seen as a society of sub-human monsters, the significance of Benedict’s words was immense: she salvaged Japanese humanity by trying to render its ‘monstrosity’ comprehensible and logical,” says Sonia Ryang*, of the Japanese Policy Research Institute.

Benedict did not forget the Monarch in her studies. The dynasty of Japan is the oldest of the world and according to its importance in the Japanese society, it was necessary to maintain it.

It is necessary to remember that Benedict had initially only set out to answer the questions asked by the U.S. military and her work had a military purpose. Indeed, without the request of the Office of War Information, The Chrysanthemum and the Sword would probably not exist.